What Inspired Me To Learn About Intuition 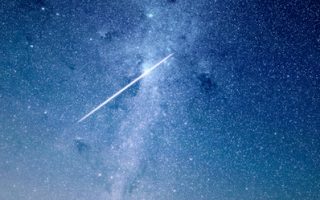 A few months ago a blog post I wrote called “What my 96 year old Dad taught me about how to live” had a lot of people talking. Well, a couple of weeks ago Daddy passed away a few weeks after his 97th birthday.

Today my mind is filled with things to do for my Dad’s memorial. As I sit here thinking of what to write in his eulogy, I wanted to share with you a bit about my father’s interesting life. He was the one that launched me on the quest to learn more, and ultimately learn all about intuition and our transcendental nature, which allows us to touch beyond our bodies. It’s how we can access vast consciousness and knowledge that is beyond us. Here's what he taught me that inspired me to learn about intuition.

My father’s family was, what we call, overseas Chinese. They immigrated around the globe to seek a better life. Dad grew up in a family that owned grocery stores and bakeries. He had a classical hard working Chinese family life. Most of them were not expected to go to college but would help with the family business. But Dad’s incessant curiosity and intellect drove him to learn many things on his own.

In spite of a devastating injury to his head from being kicked by a horse when he was two years old, Dad survived and showed that his intellect didn’t suffer at all from the wound that almost took his life. Dad was always interested in how things worked. I believe I inherited my infinite curiosity from him. He was always learning on his own and studying.

Dad spent some of his teenage years in Hong Kong. He would tell me stories of mystical things he saw by Qi Gong masters. He had seen some extraordinary demonstrations of mind over matter and he too wanted to learn how to do it. Dad said they showed him feats of great strength and impenetrability. He asked them if they would teach him, and they said they would, but he had to swear he wouldn’t share it with anyone else.

One day, he and his brother were walking through some back streets in the city. There were gangs that roamed the streets looking for trouble and Daddy his brother inadvertently ran into them in empty alleyway. They were surrounded and the gang leader challenged them to a fight. Thinking quickly, Dad looked around him and spied some bricks lying on the ground. He said, “Wait, are you sure you want to do this? Let me show you something.” He placed his left hand on top of a low wall, then he piled up several bricks on the back of his hand. With his right hand he took another brick and in one swoop smashed it on top of the other bricks stacked on his hand. The bricks crumbled into pieces and his left hand was left unscathed. He showed his unhurt hand to them and the gang members ran away.

I found that story fascinating but made me realized more about how there are mysteries in life that we can’t explain. Dad wasn’t satisfied that there wasn’t an explanation, so he searched for answers too.

To understand something, break it down into its basic parts.

Dad went on to study engineering, physics and math and eventually became a college professor. But he also wanted to know, “Why are we here?” and the bigger question, “What is life all about?” To understand something, Dad always broke things down to its basic parts, as best he could. So this is how he explained some of the answers to me:

Your soul possesses more wisdom, knowledge and information than you can ever be consciously aware of.

He would love to quote from Seth:

“The soul portion of you resides in other dimensions beyond the physical level. The soul portion of you is the most highly motivated, most highly energized, most potent consciousness unit known in any universe. Your soul, the soul that you are, that you are a part of …is a far more creative, miraculous phenomenon that you can possibly imagine. Your soul possesses more wisdom, knowledge, information and strength than you can ever be consciously aware of.

You cannot lose it. It is indestructible. Your own personality as you know it, that portion of you that you consider most precious, most uniquely you, will never be destroyed or lost.”

Dad also believed that because everything is made up of energy and that energy cannot be created nor destroyed, then we are the same energy that makes up the universe and everything in it. Our thoughts are energy and our consciousness is energy. That explains the law of attraction. We create everything around us through our thoughts. Our world starts with our mind perceiving it and then our thoughts co-create it along with Universal consciousness. He would always say, “You are what you think.”

So what does all this have to do with intuition? Well, intuition is one way to explain how we can access the Universal consciousness. If we are in communication with it, we can co-create in a better more efficient way. You can feel that someone always has your back, that you’re always connected, you always have guidance, whether from your higher self, your soul, or whatever you may want to call it, your guides and angels.

Intuition is the key to living life, it is the bond, the link to All That Is.

That’s why intuition is the key to living life – it is the bond, the communication link, the knowing and the being completely immersed in the zone, the vortex, of All That Is. So we can live a great life.

I was on Dr. Pat’s radio show today and she used quote from my book, which I had forgotten, but it’s very appropriate here. It says, “Developing Your Intuition Can Change Your World.” I think Dad would agree.