How to Find Out What Your Intuition Symbols Mean 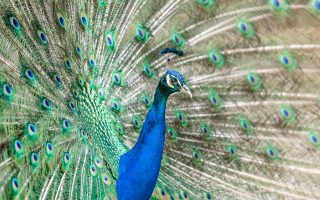 Intuition symbols are one of the most frequent questions I get about intuition. People ask how to find out what your intuition symbols mean, and what those images that keep popping up in their minds are about. They believe the symbol is coming from their intuition and it’s trying to tell them a message but they don’t know what the message is.

Sometimes your intuition pops up an image spontaneously. In my Intuition On Demand technique, you learn how to trigger your intuition by responding to a question you ask it. When your intuition responds with an image, you may be wondering what the message is in that picture. The pictures are often symbolic and not literal.

Why are symbols important?

Intuition’s language is partly made up of symbols.

Intuition’s language is partly made up of symbols. Intuition speaks to you in pieces of information and many times the pieces are symbolic. If you understand what the symbols mean then you’ll know what your intuition is trying to tell you.

What you may experience as a symbol isn’t always what you think. Faces, flashes of light or color, or you may see an animal in your mind’s eye as an intuitive symbol. Sometimes you may get intuitive messages as a detailed picture in your mind’s eye but usually it’s a partial picture, or a silhouette. You might see a shoe, part of a scene or a color.

A feeling can be a symbol too.

There are lots of symbols in dreams and those symbols come from the same place where your intuition does.

Symbols can mean a lot to any one of us. If you see a ship it may be symbol for you of freedom or an escape, or if it were a battleship perhaps it means you are in a battle with someone or something. Here’s an example of a symbol that came to me.

I was giving someone intuitive information about someone’s cousin who had died recently. I only knew his name and that he died of cancer. In asking my intuition to give me more information about his condition before he died, I saw a rectangular block of plaster, kind of like a plaster brick, but it had deep cylindrical holes in it as if they were cut out. Using my intuition techniques, I knew this block was a symbol for how her cousin felt, that the symbol represented his body. Again with my intuition techniques, my intuition revealed that he didn’t want to live any more because he had so many pieces of his body missing and he was no longer whole. She told me that he did have organs removed and also some pieces of them had been taken out. She no longer wondered why he wanted to leave this earth.

What are intuition symbols?

Symbols are representations for something else that is not necessarily literal. When you see a scary face in your mind it may not be that a person with that face is going to attack you, it may be a symbol representing someone who you dislike, or just had an argument with. 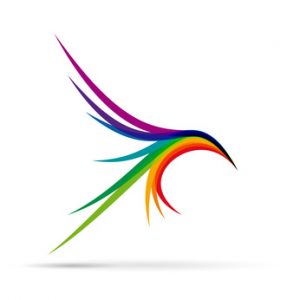 Symbols can communicate complex meaning and often better at conveying abstract ideas. A symbol can have multiple meanings for you so you may need to see the context of how the symbol comes to you.

Symbols are individually based because culture, your family, your surroundings and your environment influence them. They important thing is what do certain symbols mean to you.

There are common symbols too

Some of the symbols you are familiar with you learned to associate with a meaning for based on where you live. Most of you know what the colors of the traffic lights mean; red for stop, green for go, yellow means the light will soon turn red, and in Europe you’ll see both a red and yellow lights light up at the same time meaning the green light is about to come on.

There are also symbolic themes across people. A skull and cross bones means death, spiders and snakes innately make you fearful even in babies.

We even text in symbols because they can convey a bit more meaning than just words. Emojicons have given us the thumbs up, happy face, sad face, or angry face.

All symbols are Individual

Because you interpret and learn symbols and they have meaning for you.

For example, in the above example, the block of plaster with holes had personal meaning for me. I have trypophobia – which is an inborn fear of things that have clusters of holes. Apparently, lots of people have this. When I see something that has lots of little holes that look as if they were cut out with a razor, it freaks me out. So the block of plaster that had large holes in it, gave me that feeling of repulsion. Plus I intuitively knew that the block represented this cousin’s body.

You have feelings and impressions already, whenever you see the doctor’s office, if you had a bad experience, you may associate that office with something bad.

How to find out your own symbol meanings easily

The good thing is you are already familiar with most of your symbols.

Here’s an exercise to find out what may be symbolic for you:

Make a list of 5 things that you really dislike or repulse you. It can be anything, food, a TV show, people, or a type of event.

Here’s my example what I dislike:

Make a list of 5 things that you really love or are attracted to.

Test it out – Exercise your intuition

You can test out your symbols by exercising your intuition and getting validation on what you received as a symbol by the person you’re doing the exercise with. I’ll explain.

My student Brenda’s symbol for illness is a funeral because funerals make her very sick. She discovered this in my intuition development circle during an intuition exercise looking at a photograph of someone who was out on vacation, where her intuition gave her funeral, it turned out the person in the photograph was very sick.

Maybe your symbol is a feeling – a rush or a buzz in your leg or arm. That’s how I found out that temples and shrines are different when I was in Japan. We were visiting so many Buddhist Temples and Shinto Shrines that I had a chance to see how they felt over and over again. Temples give me a buzzy feeling in my head and shoulders, and Shinto Shrines a buzzy feeing in my legs. The way I tested this and found out is one place of worship I didn’t know whether it was a shrine or temple when I was there. I felt that buzz in my legs, and then went to check and see and it turned out it was a Shinto Shrine. So that’s how you can test your feelings yourself, and see what they represent.

Create your own symbols

You can create your own symbols by purposely giving meaning to them. Colors can have symbolic meaning as well and for me red means anger, blue means water or emotion, grey means sad emotions or turmoil, green means healing, gold is goodness, abundance, white for me is purity, angels, divinity, and dark blue means Archangel Michael. Some of those colors, like green and blue, I learned that they often mean healing and emotions respectively and after that, I found that when they appeared to me, they were associated with those meanings.

What do these colors mean for you? Think about it for a moment, and write down what each color feels like to you, what it represents or makes you think about. Making these kinds of lists is the beginning of creating your own symbol dictionary.

You can work with your symbols, you can create them, and you can discover what they are and their meaning. You just need to be aware that they exist and they are there working inside of you and your intuition.