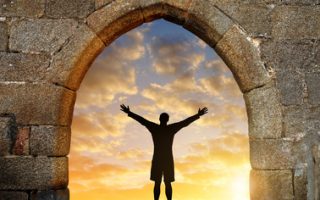 Lots of super successful people give their intuition credit for helping them make business decisions that ultimately led to their amazing achievements. These people make intuition a part of their life, all day, every day. I had to learn how to become a daily intuitive myself since I started out not being intuitive at all. But I discovered that you can learn to grow your intuition so it comes to your aid in everything you do! Pretty soon you're always tuned into your intuition and it just talks to you all the time. 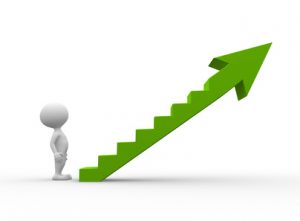 Who are some of the self admitted intuitively successful people? Oprah, Steve Jobs, Richard Branson, Conrad Hilton just to name a few. You may not know the founder of the Hilton Hotel chain, but Conrad Hilton was famous for using his intuition in business to become successful. One story recounts his putting in a $165,000 bid to buy a hotel in Chicago. Afterward, his intuition told him that he low balled the bid and he couldn't shake the feeling. After thinking and praying about it, he submitted a new bid for $180,000 which came out to be just $200 above the next highest bidder. Conrad won the bid and now owned one of the largest hotels in the world.  (The Hiltons: The True Story of an American Dynasty by J. Randy Taraborrelli)

Here are the 10 things successful intuitive people do differently that you can do to increase your success:

1. Successful intuitive people remember to pause to tune into their intuition before making a decision, even a small one.

I found out quickly you actually have to remember to use your intuition! There are so many times when I either forgot to use it, or just stuck to my usual process of deciding things through logic, deduction, or perhaps just sticking to the old way of do things rather than take a chance on something different. Successful people have their intuition on all the time. Train yourself to tune in to your intuition whenever you make a decision big or small, even if it's just deciding on where to go for dinner.

2. Successful intuitive people practice using their intuition on things that don't matter as much.

There's a fallacy out there that intuition only works on big important things. Some people feel they don't want to “waste” their intuition on simple and unimportant items. The great news is that you can use your intuition on anything, it won't run out of juice! The only limit on how to use it is the number of ways you can come up with. This opens the door to allowing you to practice using your intuition all the time to make it better and better.

3. Successful intuitive people pay attention to their intuition when they are talking to someone.

Being social creatures, people can naturally tune into their intuition when it comes to interacting with other people. You may forget to use your intuition to help you absorb what someone is truly saying. You may be so concerned about what you're going to say next, or what the person you're talking to is thinking about you. Successful people listen to others carefully, allowing their internal guidance system to listen too. Take a moment in your conversations to really listen to others, not to just the words they say, but to what your intuition is telling you about them.

4. Successful intuitive people don't rely only on their first intuitive feeling to make a decision they also back it up with a personal practiced intuition technique.

Successful intuitive people remember that true intuitive messages are the whispers from their soul and inner divine guidance.

5. Successful intuitive people remember that true intuitive messages are the whispers from their soul and inner divine guidance.

While there is controversy over where intuitive information comes from, I'd like to believe that it comes from inner divine guidance. That guidance is our soul or higher self that is connected to creation that speaks to us through intuition. While we are part of our higher self, the little ‘self' still has free will to choose. That is why our intuition is very subtle and quiet. We have to learn to recognize it and pay attention. Often those messages are the best!

6. Successful intuitive people give themselves a break when they misinterpret their intuitive message and don't punish themselves.

Punishing yourself for misinterpreting or not understanding your intuition will make your intuition harder to hear because you are looking for the complete answer. Successful people know that their intuition may be giving them hints but not the entire answer just yet. That may be confusing, but if you give yourself a break when your intuition seems wrong, you may find out later why.

7. Successful intuitive people know that important intuitive messages are never alarming, but are repetitive so they pay attention to the repeats.

Just like Conrad Hilton, important intuitive messages often don't go away. They keep pestering you. But, they do it very quietly. It's never alarming and often you may miss it. So pay attention to when your intuition repeats itself. As quiet as intuition may be, it may be telling you something important!

A common theme among successful intuitive people is that they rely on their intuition heavily to seek out more success. Oprah attributes all of her success to her intuition and as she puts it, “Learning to trust your instincts, using your intuitive sense of what's best for you, is paramount for any lasting success. I've trusted the still, small voice of intuition my entire life. And the only time I've made mistakes is when I didn't listen.” Steve Jobs told the New York Times, “Intuition is a very powerful thing, more powerful than intellect, in my opinion. That’s had a big impact on my work.”

10. Successful intuitive people find that they can generate even more success and accomplishment by following the synchronicities that appear from following their intuition.

Synchronicities are the signposts in life that get us to where we need to be. They tell us our intuition guided us to the right next step. Those steps can lead us to not only success but happiness. Our intuition speaks to us through our imagination and creativity.

Richard Branson wrote recently about the importance of intuition and imagination in being successful and happy in his blog: “The business world often gets caught up in facts and figures, and forgets the importance of imagination and creativity. Like Albert Einstein said: “The intuitive mind is a sacred gift, and the rational mind is a faithful servant. We have created a society that honors the servant and has forgotten the gift.” While the details and data are important in business, the ability to dream, conceptualize and invent is what sets the successful and the unsuccessful apart – and in life, often the happy from the unhappy.”

So why not be more successful and happy? Honor your sacred gift, your intuition awaits to speak to you.